the beginning of the Ginger Chronicles: Ginger Ice Cream part 1

In the beginning, there was ginger.  And I am a ginger ninja.  So I have embarked on a Ginger quest, chronicling my adventures in the kitchen with ginger.  Let the Ginger Chronicles begin!

Day 1 - Ginger Ice Cream
I have only made ice cream once before, and that was a few years ago now.  But we are in the middle of summer, it is very hot, and we have no ice cream in the freezer (the price of ice cream has gone up quite a lot recently, and it is rather expensive).  I decided what better way to begin the Ginger Chronicles than with Ginger Ice Cream.  It sounds decadent and delicious and the recipe was not daunting at all.  Le us begin! 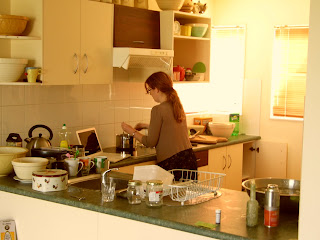 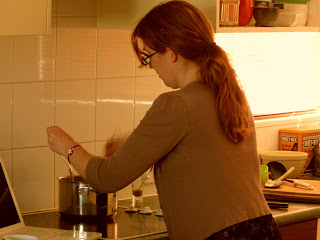 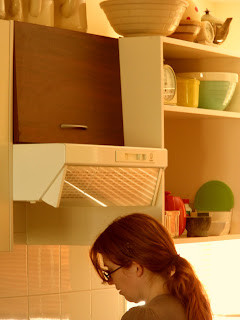 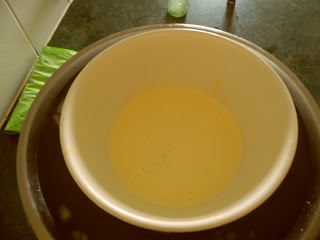 Ginger Ice Cream
Just had to simmer the cream and ginger and milk, while I whisked together the egg yolks, salt and caster sugar.  Then I ladled 1/2 cup of the hot cream mixture into the egg yolks, whisking vigorously, to prevent the egg mixture from turning into scrambled eggs.  Gradually I added the rest of the cream mixture, whisking continuously.   Then it all went back into the pot and simmered until the mixture stuck to back of a spoon.  Once it had reached that stage, I poured the custard into a bowl, and set into an ice bath to cool down before pouring it into an ice cream container and putting it into the freezer.  I don't have an ice cream machine, so every hour I have been getting it out of the freezer and whisking it up to put air into it and keep it creamy, rather than icing up. 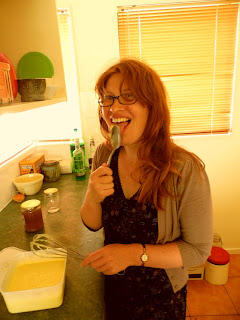 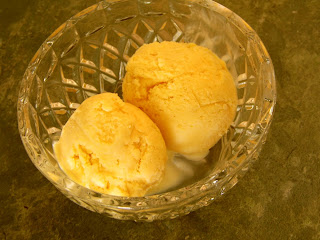