ginger icecream results (and what to do with leftover egg whites)

I was very pleased with the results of the ginger icecream - it had the perfect creamy texture of real icecream.  It was quite rich, so you don't need much, and it paired up perfectly with pineapple. 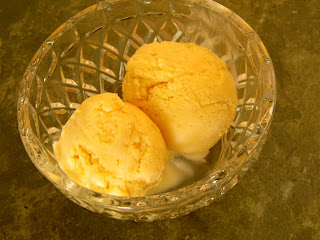 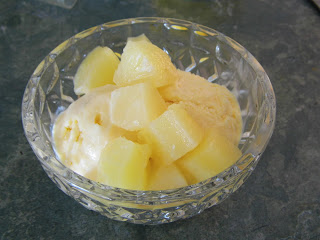 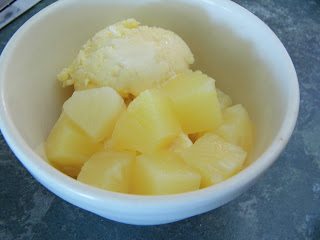 I was left with the dilemma of what to do with 8 egg whites (the ginger icecream used 8 egg yolks) when I stumbled upon a recipe in "The Vegetarian Adventure cookbook" by Rowan Bishop & Sue Carruthers, for vanilla icecream using 6 egg whites - perfect!  I just added in the extra egg whites for good measure.
The recipe said to use a food processor as an electric beater aerates the mixture to a greater extent which mean more water crystals are formed during the freezing process and will freeze too hard, but my food processor is kaput, so I just use a hand held egg beater and it turns out perfectly fine every time.

Easy Peasy Basic Vanilla Icecream:
6 egg whites
1/8 tsp salt
1 cup caster sugar (you can make your own using a food processor or coffee grinder)
3 cups cream (although I have discovered that I really only need to use 2 cups of cream and it is still creamy)
1 tsp vanilla essence 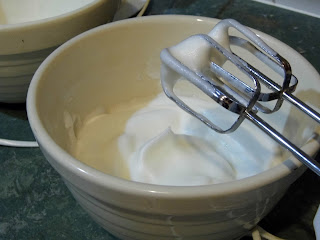 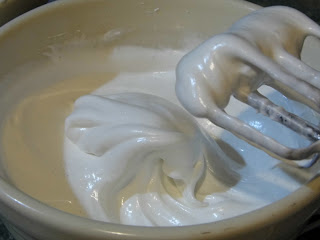 Slowly beat in the caster sugar to form a stiff meringue. 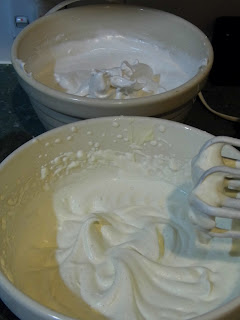 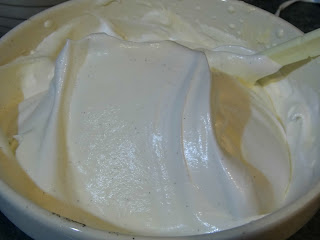 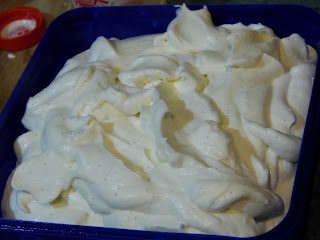 Pour into an ice cream container and freeze until firm.

This vanilla ice cream has a really nice creamy texture.  It is a perfect partner with the ginger ice cream and pineapple, and as someone with a sweet tooth who loves icecream, there was something innately satisfying about eating something smooth and rich and creamy that I had made myself.  I really liked the fact that for the price of a 2 litre bottle of cream (which was on sale for NZ$6, the same price as a tub of ice cream) and some eggs, I made two different types of ice cream.  I accidentally left the vanilla ice cream out on the bench one night (I forgot to put it back into the freezer) and when I looked at it the next morning, it still had the consistency of ice cream.  I re-froze it, and it maintained its ice-creamy texture - it didn't ice up like bought ice-creams do.  I think this is because the meringue mixture and whipped cream don't actually change their consistency whether on the bench, in the fridge, or in the freezer - it doesn't melt and it doesn't ice up.  It just becomes either firmer or softer.

You can also add other things to this recipe to vary the flavour - eg chocolate chips; cocoa; coffee; peppermint essence.  I added ground ginger to my last batch and that was good too - I used 2 teaspoons of ground ginger but it didn't give an obvious flavour, so I might try 3-4 teaspoons next time I make it.   The use of fresh fruit in home made icecream is discouraged because of the high water content of fruit, (which creates icicles when frozen) however you could use dried fruit if you wish.  However, home made vanilla ice cream is perfect served WITH fresh fruit!